EMMERDALE’s Gabby Thomas will once again be left devastated as she is cast aside by Leyla Harding, as the teen’s plan to seduce her boss and meddle in her love life with Liam Cavanagh, fails dramatically.

Gabby Thomas (played by Rose Bentham) has latched onto Leyla Harding (Roxy Shahidi) as she continues to struggle with abandonment issues after her family left her to go to Australia. But as her loneliness becomes more severe, she becomes dead set on seducing her boss in a plan that is doomed to fail miserably.

Over the past few weeks, fans have watched as Gabby lurches from one disaster to the next after she was outed for being behind Leyla’s terrifying stalking incident.

Let off the hook quite generously, the troubled teen took the Take A Vow owner’s forgiveness as a sign.

A sign that has subsequently forged a situation in her head where she and Leyla are an item.

In recently scenes, the student admitted she had feelings for a fellow student Michael, which turned out to be a cover for who she’s actually in love with – Leyla. 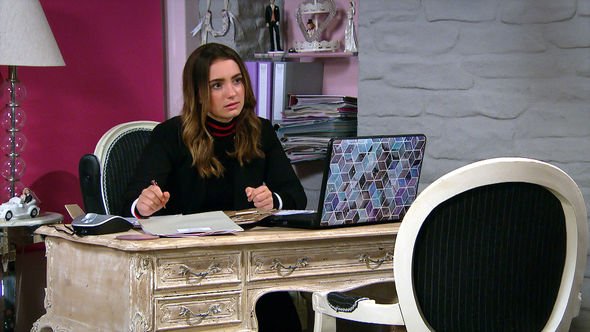 And as the wedding planner’s relationship with Liam Cavanagh (Johnny McPherson) grows even more tense, Gabby sees an opportunity to severe the connection completely.

In upcoming episodes, the teen decides to quit university to become more involved with the wedding business, much to the concern of Laurel Thomas (Charlotte Bellamy).

As she relishes time with the clients, Leyla reminds her the job is only temporary, something she got out of sympathy after coming clean about her stalking.

Crushed that Leyla is missing all the signs, Gabby’s mischievous side awakens once again when she catches Liam and newcomer Meena (Paige Sadnhu) having a drink in the Woolpack, and she devises a plan. 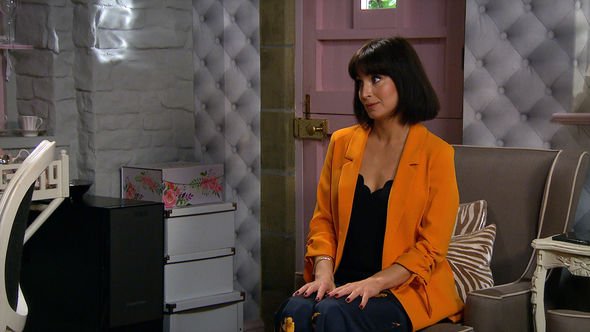 But it’s all set to backfire.

After Leyla gets wind of Liam’s get together with the interviewee for the nursing job that opened at the GP surgery, she’s not best pleased and gives him the silent treatment.

And when he realises that his actions have driven yet another wedge between the pair, he’s upset to learn that Leyla is mad at him.

Desperate to make things right, will Liam make a grand gesture to show his girlfriend that they can make things work?

Their rocky relationship has stood the test of time so far, what with meddling from their children and now Gabby trying to push them apart.

But the student is set to be left regretting her actions.

Will Liam and Leyla make a more serious commitment to each other in the wake of Gabby’s interfering?

Instead of splitting them up, has she pushed them closer together?

The troubled apprentice is heading down a worryingly dark path after learning her family have no intention of returning to the Dales.

How will she deal with the repercussions if her own actions are what destroys her happiness some more?