EMMERDALE fans will be shocked to hear Dawn Taylor and Ellis Chapman will sleep together in coming weeks – but who will be the father if she finds herself pregnant?

Life has not been easy for Dawn Taylor (played by Olivia Bromley) recently; after killing DI Mark Malone (Mark Womack), she has pushed everyone who was close to her away. As a result of not wanting to implicate Billy Fletcher (Jay Kontzle) in her drama, Emmerdale viewers saw them break up. In a bid to stop Billy pining after her, Dawn makes a terrible choice and will sleep with his brother, Ellis Chapman (Aaron Anthony). But who is the father when she finds out she is pregnant?

In recent scenes, Ellis and Dawn’s paths have crossed a few times, with the two just casually flirting with one another.

It seems things will get more than flirty as the two will fall into bed with one another in upcoming weeks.

According to the most recent soap spoilers, Will Taylor (Dean Andrews) finds out Ellis has spent the night with his daughter.

Confused, the mechanic will ask Dawn what she is playing at and whether she considered Billy’s feelings.

But Dawn will admit she purposefully slept with Ellis.

Viewers will see a defiant Dawn justify her actions, telling her father she had to do something to stop Billy from questioning her.

After all, sleeping with Ellis is the one thing Billy would never forgive Dawn for, and it’s all to ensure he never finds out about her being a murderer.

As for Ellis, he is given the third degree by Marlon Dingle (Mark Charnock) and Billy when he returns home.

While the chat starts off jovial, their amusement quickly vanishes when Dawn arrives and asks to speak to Ellis.

She doesn’t hold back and tells everyone they spent the night together.

Billy will pretend he doesn’t care but Dawn can see how heartbroken he really is.

Scenes will show the mother-of-one sinking to the floor in utter grief, realising she has lost the love of her life.

The next day, Ellis approaches Billy to apologise. 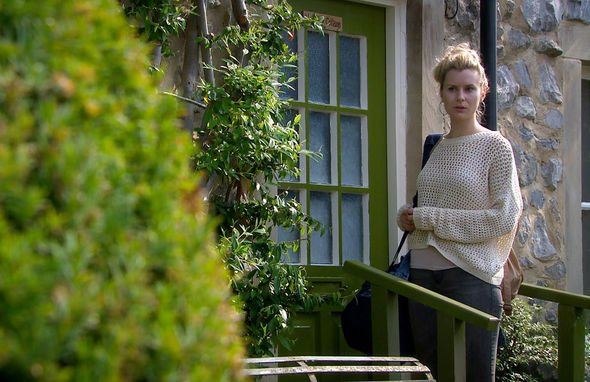 But the older brother has an outburst of anger, furious over Ellis’ betrayal.

To make matters worse, Dawn approaches the pair and lies; saying she and Ellis have been having an affair which has been going on in secret for months.

While Ellis denies this, the situation is worsened.

Realising she has destroyed everything she ever had, Dawn quits her job at the Hide.

She believes her only option is to leave and viewers will see her packing a rucksack and departing Emmerdale.

It is not known whether someone will stop her, or if this is a temporary or permanent exit for the character and actress.

But having had intimate relations with Ellis, could Dawn find herself pregnant?

If so, there is a chance the father may not be Ellis, but in fact Billy.